The first example of use of art in psychiatric hospitals has been recorded in the 18th century and is the work of French psychiatrist P. Pinel, and in the 19th century the interest in art of people treated in psychiatric institutions has increased. Artistic creativity of persons with mental health difficulties was seen at that time as a means to overcome the chaos and confusion of the psychotic episodes, and only esthetic value of work of art has been valued. The next phase in the development of relationship between art and psychiatry brought the use of drawings as a diagnostic instrument that serves for better understanding of symptoms and gathering information for further treatment.

Hans Prinzhorn (1972), a psychiatrist and art historian, considered that a work of art represents the inner state of the individual and the symbolic expression of psyche.

At the end of 18th century the theory of subconsciousness, based on the work of Sigmund Freud and C. J. Jung, becomes the leading tendency in psychology. The first art therapists believed that artistic creativity can bring positive changes for the psychiatric care users, and first art therapy groups have emerged in the 40s and 50s thanks to art therapists Margaret Naumburg and Edith Kramer, and the artist Adrian Hill, who have brought the groups “open studio” into psychiatric hospitals. First art therapists – artists and art professors weren’t called art therapists. The term was introduced to indicate a new way of treatment when the efficiency of using art with psychiatric patients was noticed.

“Prostor” is one of the first associations to practice art therapy in Serbia. The art therapy techniques rely on the fact that every person, whether they have artistic knowledge and affinity or not, possesses latent ability to project their feelings in visual form. When a person expresses his or her inner experiences through visual canal, the verbal canal often starts flowing more easily.

The paper describes the path that art has passed, in context of psychiatry, from the beginning of its use with people who experienced psychiatric treatment to art therapy and art in the sense of social action.

Also presented in the paper are two case studies that best show how active engagement in art therapy workshops contributes to faster recovery and easier returning to regular life.

In addition to positive effect art therapy has on individuals, it can also be viewed as a powerful means in promoting human rights of people with mental health difficulties. Art and painting in general can be used in activism to symbolically show the needs of the individual and to communicate these needs to the social environment. Understanding is emerging as a result of interaction between the audience and a work of art, and the observer has the opportunity to imagine the emotional states of the other person. Artistic creativity and the experience of perceiving the work of art can evoke empathy by activating imagination and by encouraging nurturing of authentic relationships, which encourage the motivation for concrete social changes.

“We are here, how about you?” plateau in front of the Municipality of Zvezdara, September 2014. 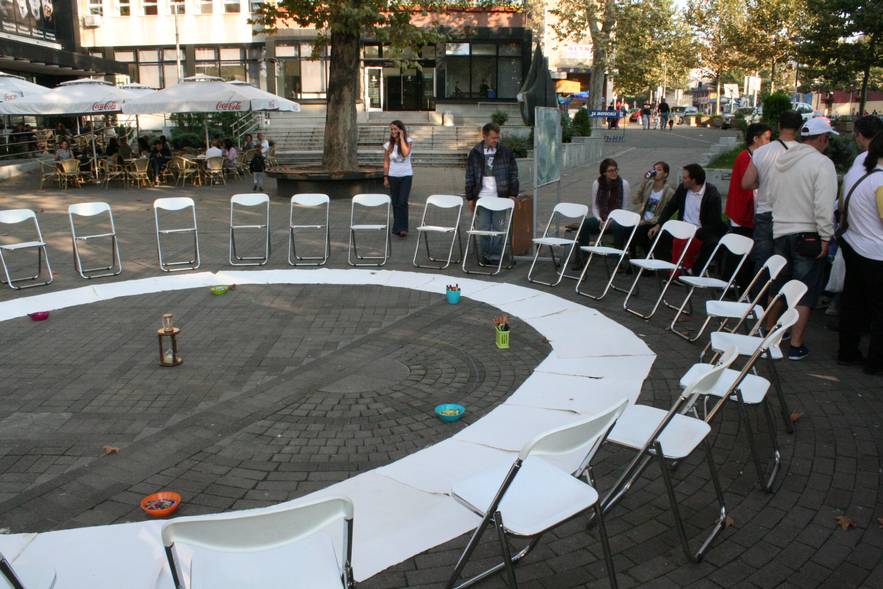 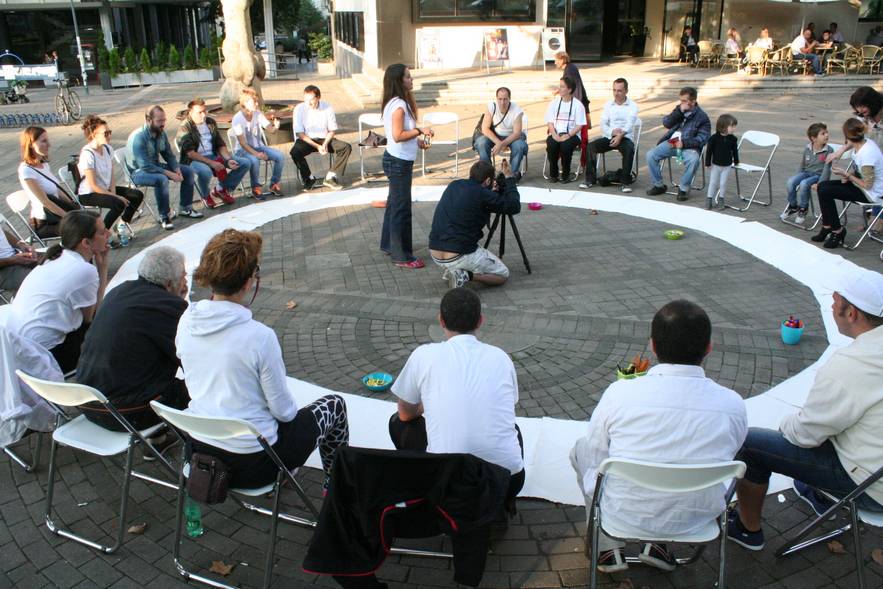 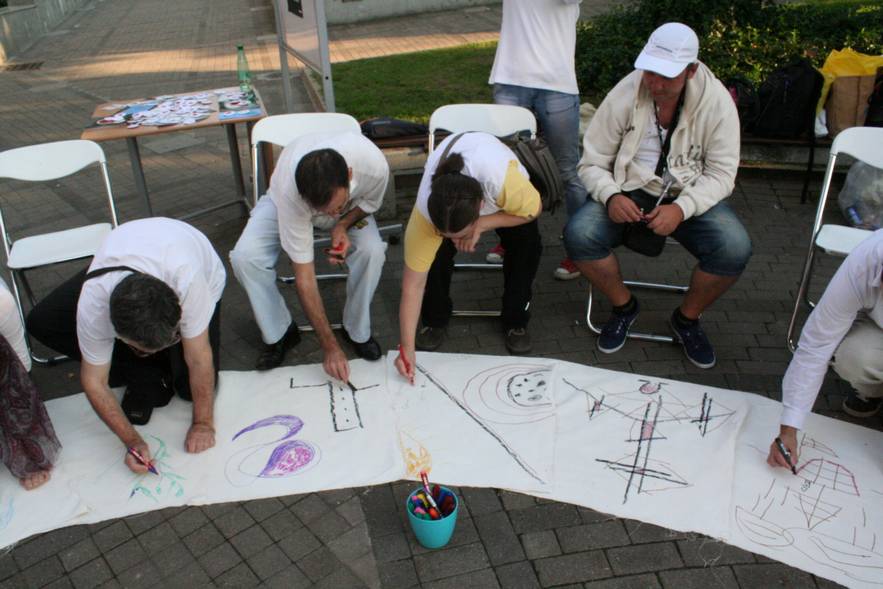 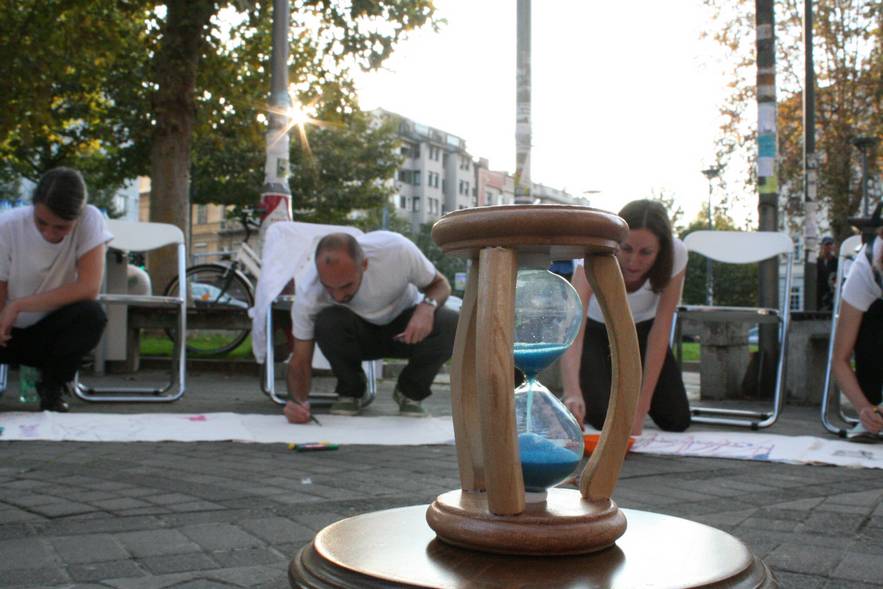 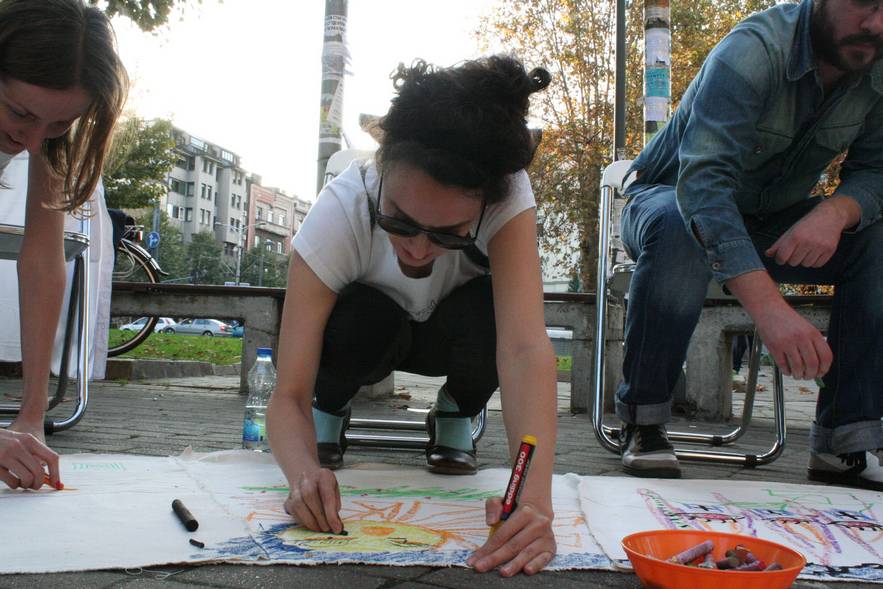 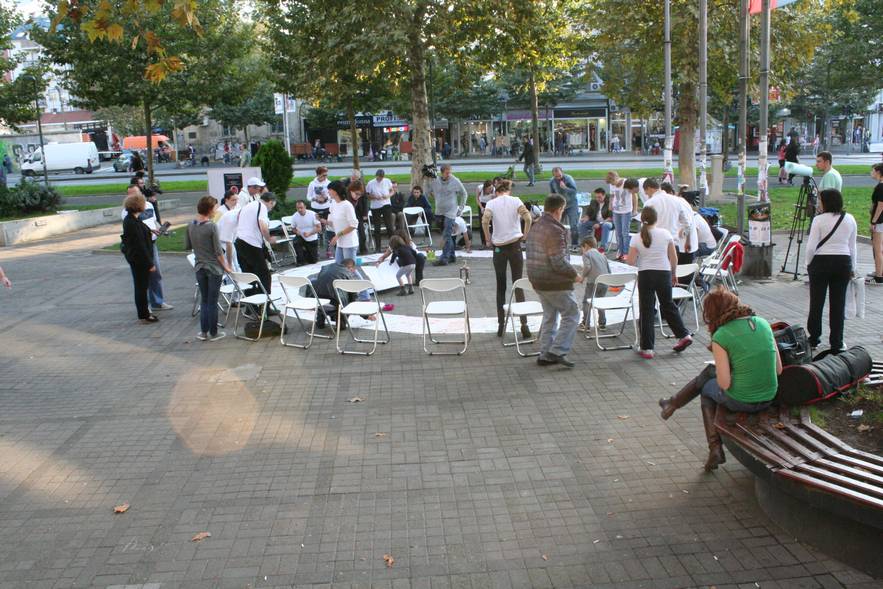 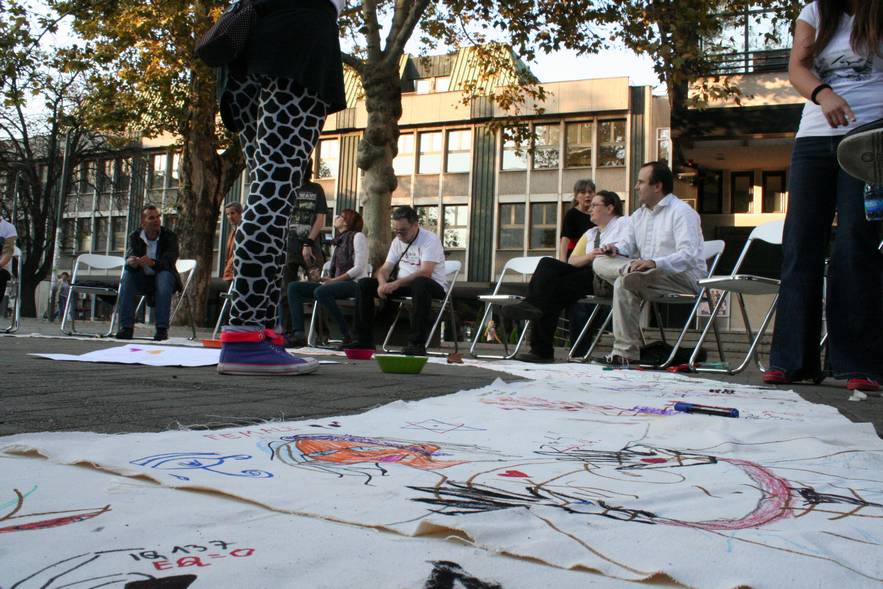 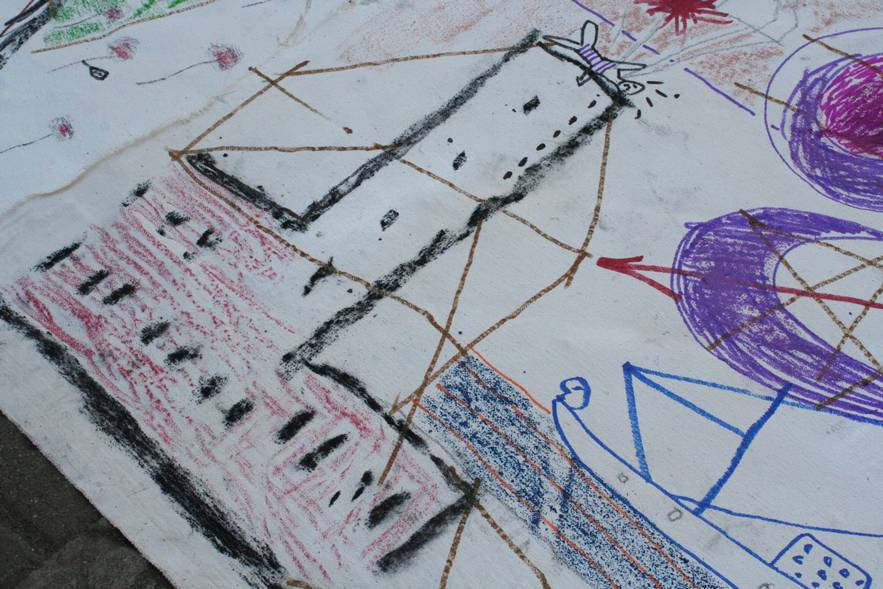 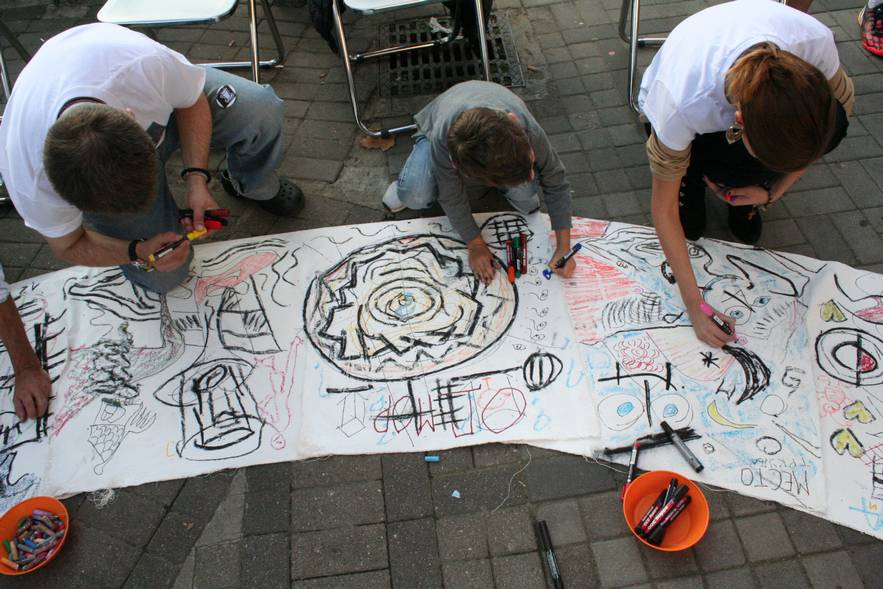 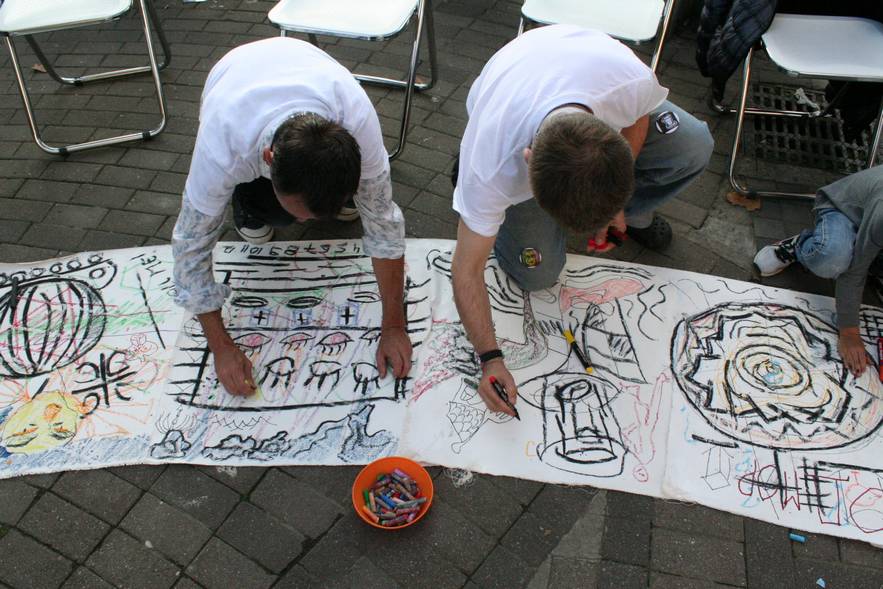 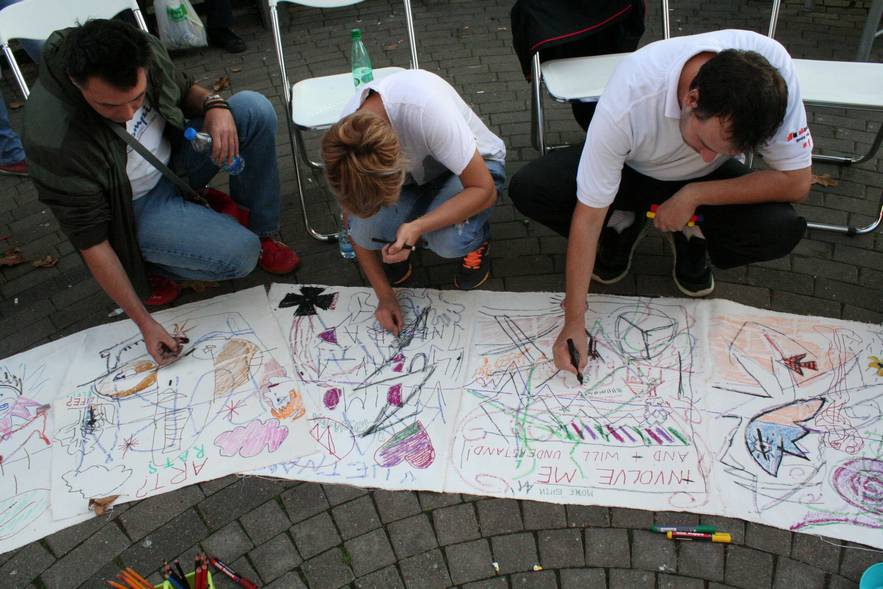 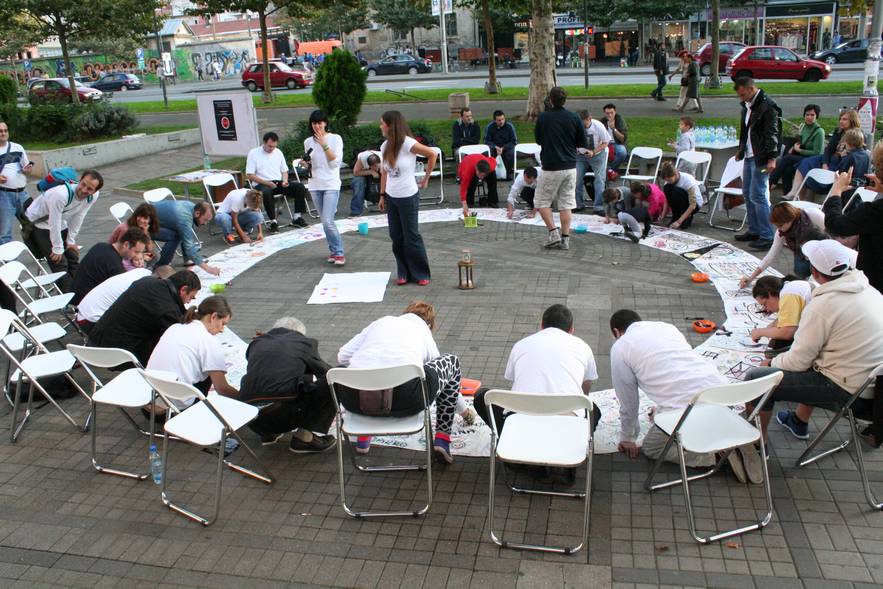 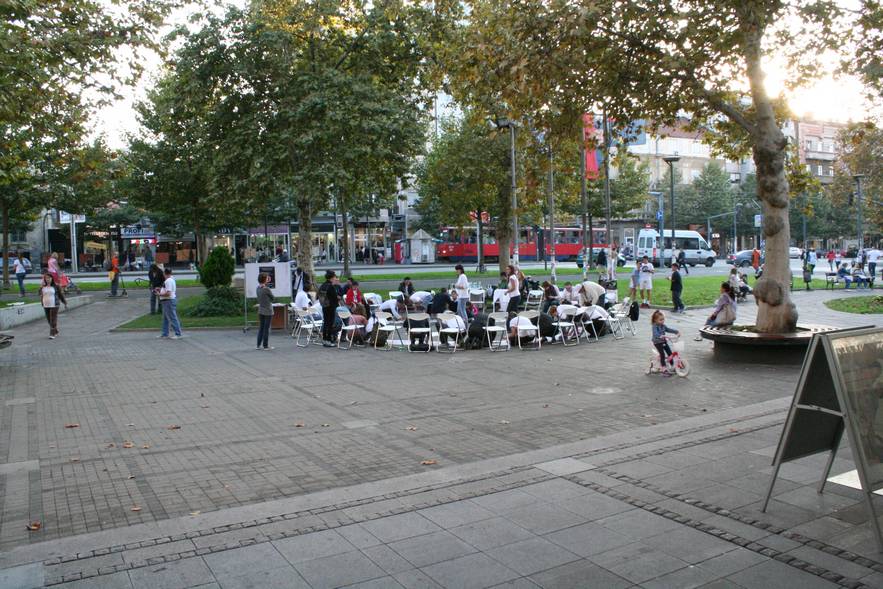 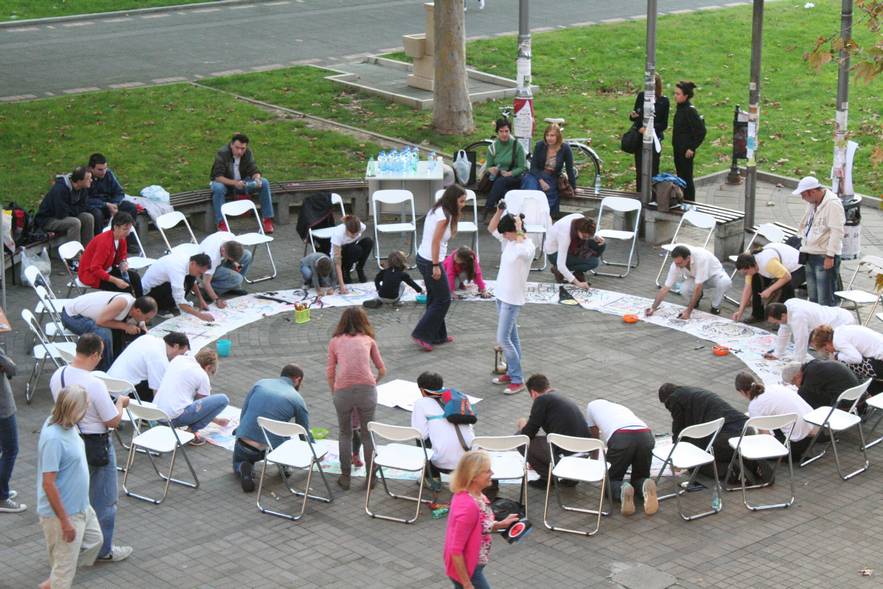 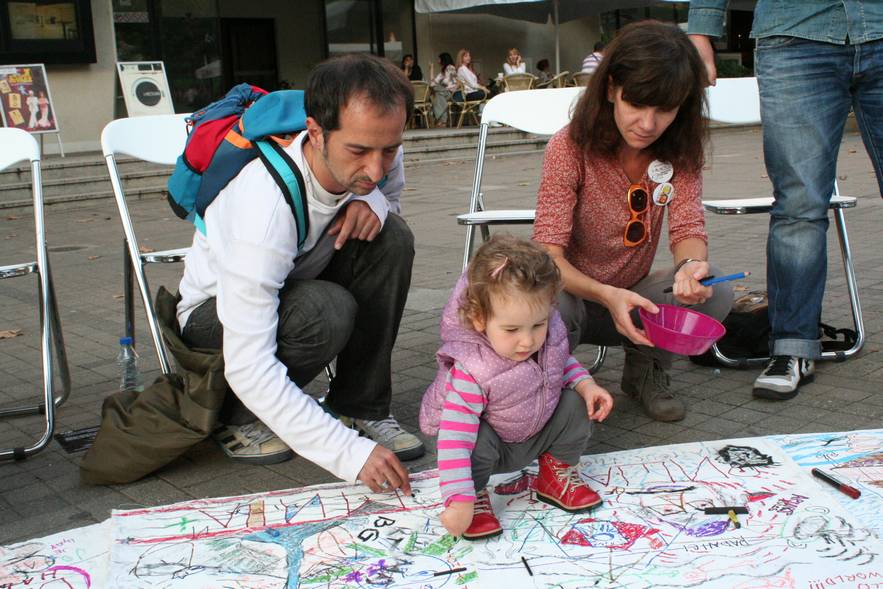 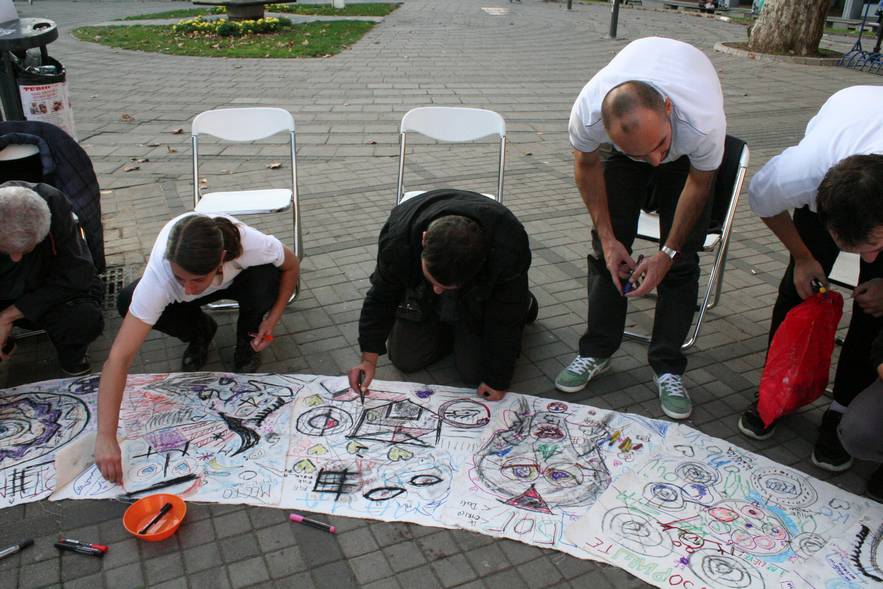 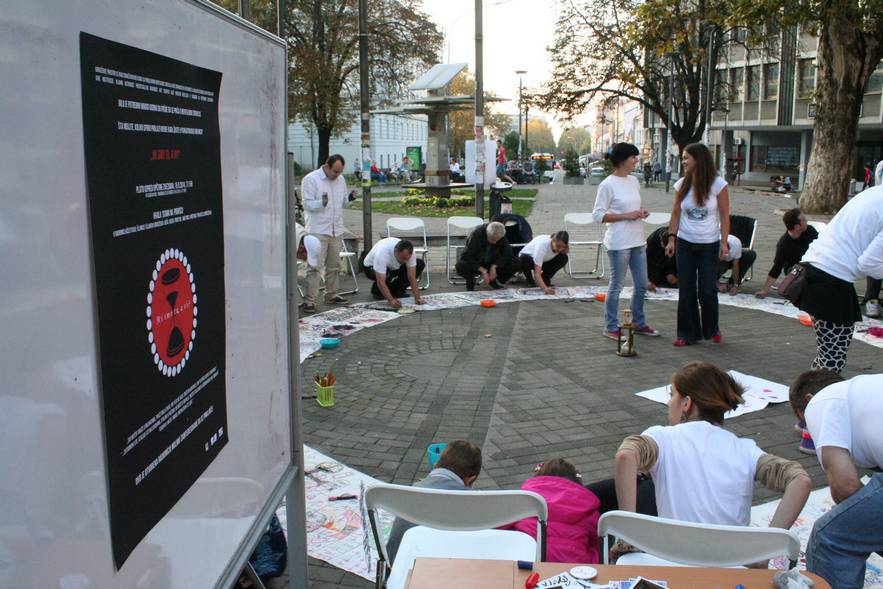 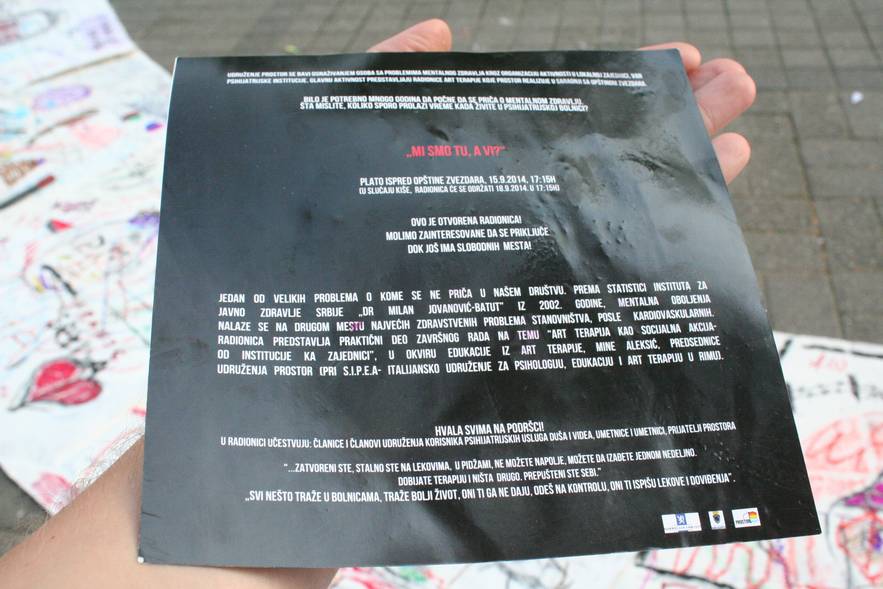